Illinois born bass Eric Halfvarson sings regularly with the world’s most prestigious opera companies and symphony orchestras. His formidable interpretations of such varied and demanding roles as Baron Ochs in Der Rosenkavalier, Hagen in Goetterdaemmerung, Claggart in Billy Budd, Sarastro in Die Zauberflote, King Philip and the Inquisitor in Don Carlos, Heinrich in Lohengrin, Hunding in Die Walkuere and Mephistopheles in Faust have been seen with such companies as the Bastille in Paris, the Bayreuth Festival, The Royal Opera at Covent Garden, The Metropolitan Opera, Lyric Opera of Chicago, the Canadian Opera, La Fenice in Venice, Teatre Liceu in Barcelona, the Bavarian State Opera in Munich, the Vienna Staatsoper, the Teatro Colon in Buenos Aires, the Deutsche Oper and Staatsoper in Berlin, as well as the opera companies of San Francisco, Dallas, Houston, Santa Fe, Washington DC, and Los Angeles. He has appeared in concert with The Chicago Symphony, San Francisco Symphony, the St. Louis Symphony, The National Symphony, The Houston Symphony, The Halle Orchestra in Manchester, England, The Boston Symphony, The Minnesota Orchestra, the London Philharmonia Orchestra, at Amsterdam’s famed Concertgebouw and at The Edinburgh Festival as well as with orchestras in Paris, Seville and Valencia. Halfvarson has appeared as 146 different characters in over 45 years on the professional stage.

Mr. Halfvarson can be seen and heard on video and CD:

Halfvarson, whose parents were both professional music and voice teachers and conductors, comes from several generations of teachers in his family. Halfvarson leads Master Classes and gives private coachings in cities all over the world: 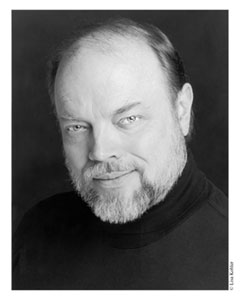